The purpose of our study was to investigate the expression levels of TREM-1 (triggering receptor expressed on myeloid cells-1) in U937 foam cells and determine whether TREM-1 regulates the production of tumor necrosis factor-alpha and interleukin-8 in these cells.

Human U937 cells were incubated with phorbol 12-myristate 13-acetate and then oxidized human low-density lipoprotein to induce foam cell formation. Oil red O staining was used to identify the foam cells. The production of IL-8 and TNF-α by U937 foam cells was assayed by enzyme-linked immunosorbent assay. The expression of TREM-1 mRNA in U937 foam cells was detected by reverse transcription-polymerase chain reaction. Moreover, U937 foam cells were transfected by small interfering RNA using Lipofectamine 2000 to knockdown TREM-1. Western blot was performed to assay protein expression of TREM-1 and ELISA was used to examine the effect of TREM-1 knockdown on IL-8 and TNF-α production.

Our finding that TREM-1 controls the production of IL-8 and TNF-α in U937 foam cells defines a potentially critical role of TREM-1 in the pathogenesis of atherosclerosis and implicates TREM-1 as a potential therapeutic target for the disease. 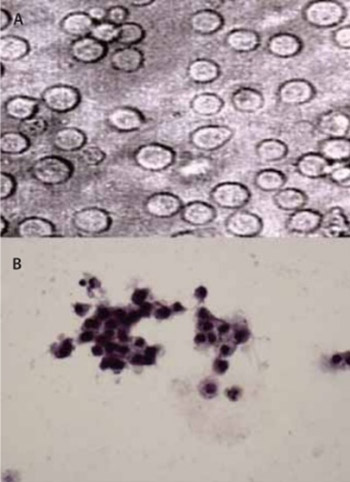